What a wonderful place the local Zoo is! Here in Fresno, they have the Fresno Chaffee Zoo, filled with more animals than you would expect and a newly added sea lion exhibit. I had not been to the zoo in years and figured it would be great to visit all those lovely animals on the first of the year. There are so many reasons to visit your local zoo, such as supporting your community, learning about animals, getting exercise in an exciting environment, and of course experiencing the petting zoo! Take a look at some of the beautiful animals I encountered during the visit. I am sure that you will want to go soon after viewing them!!! ROAR!

I got to feed a giraffe! Very exciting and very slobbery! Loved it!!!

Just woke up from a nap. 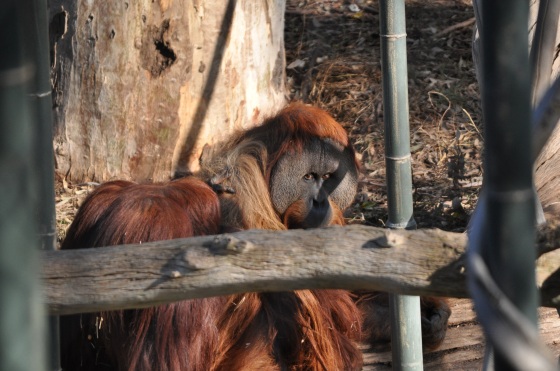 This guy had the longest hair I had ever seen, which is probably why his lady friends was grooming him the entire time.

He was definitely the trouble maker.

I LOVE flamingos. They remind me of ballerinas.

Look at those eyes! 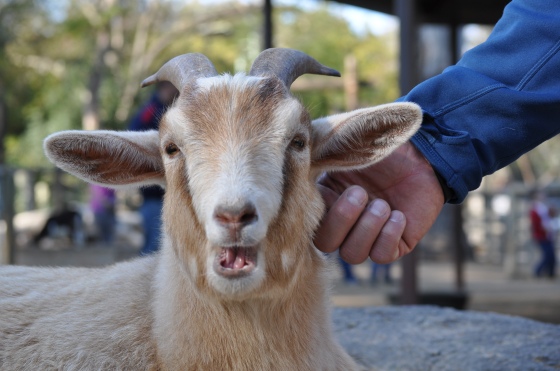 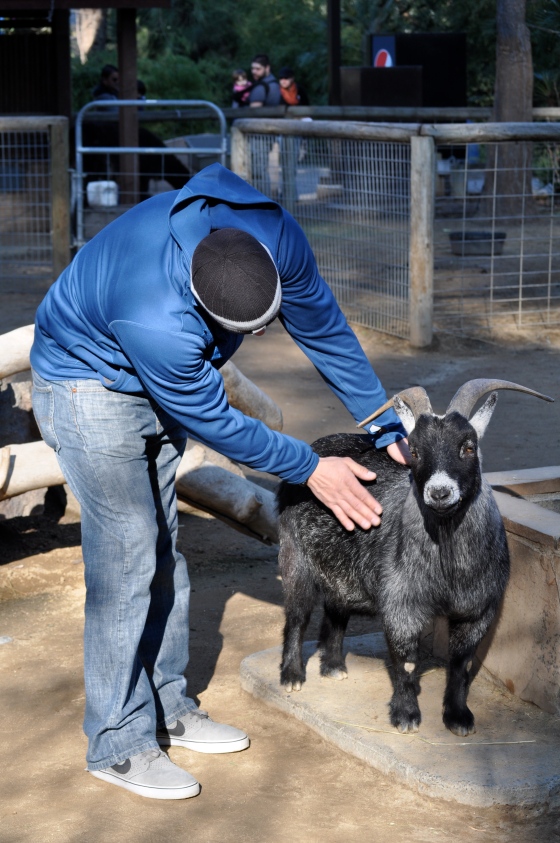 So, we fell in love with this little guy and were trying to figure out how we could take him home.

The pelican. My favorite animal.

I think this snake ate a glow stick.

So poisonous yet so adorable.

She woke up VERY hungry.

How can you NOT smile when you look at this!?!

Whether or not osteoporosis runs in your family, it is important to know what you can do to keep your structure healthy. Many times we decide to worry about the outside of our body, such as zits, split ends, or yellow-ish teeth, but we have to remember that our entire body is moving properly in huge thanks to our skeletal structure. On Health.com, I was able to find an article that offered facts and tips on keeping you “bad to the bone” or should I say “good to the bone”!

It’s easy to take bones for granted until you break one or are diagnosed with bone-thinning in old age. In fact, you may not really consider your bones a resource that needs lifelong protection and nurturing.
But guess what? There are a few surprises lurking inside your bones, and youthful habits can even affect bones in old age. Read on to find out more about this living—yes, they’re alive!—tissue.

Your bones are alive

They may feel like rocks, but bones are living things. In fact, a group of cells (called osteoblasts) are constantly churning out new bone, while a second set (called osteoclasts) destroys bone by gobbling it up like Pac-Man. This constant tug of war between creation and destruction is called bone remodeling. It’s the reason bones regenerate after a break, grow rapidly during youth, and, unfortunately, decline later in life when the balance tips toward destruction.

Want your bones to earn interest? Start saving now!
Playing sports, lifting weights, running, and almost any activity that moves muscle will trigger your bones to lay down more minerals and get stronger and more dense. Since bone density peaks around age 30 and then starts to slip away, the more you build in youth, the more you’ll have to “spend” later. Think of it as your bone 401(k). “When you have more money in the bank prior to bone loss, you won’t reach a level of deficiency that sets you up for fracture,” says Felicia Cosman, MD, clinical director of the National Osteoporosis Foundation.

For your bones, that is. Young women who stop having a regular period get a steep hormone drop that mimics menopause, which leads to bone loss. Anorexia in particular can harm bones by halting menstruation.
“If women don’t menstruate or under-menstruate, it’s like going through menopause in their 20s or 30s instead of their 50s,” Dr. Cosman says. And the associated drop in estrogen causes the bone remodeling process to speed up and become imbalanced. “The amount that dissolves ascends the amount that restores,” she says.

Want extra minerals? Check your bones. If you need calcium because you’re, say, breast-feeding, the body releases extra from your bones in a process that benefits baby and doesn’t hurt mom. The only problem is that sometimes toxic substances, like lead or mercury, can get lodged in the bone storage unit too. “Bone is a major storage pool for calcium and phosphate, and it stores substances like heavy metals in low levels for long periods of time,” Dr. Cosman explains. However, it is “very unlikely” that what our bones store—both good and bad—will at some point come out in large amounts and cause health problems, she says.

Booze is bad for bones

Too much alcohol hurts your liver, brain, and other parts of your body, and alcohol can also be a big problem for bones. Heavy drinkers tend to lose bone density, and when these levels gets low enough, it’s called osteopenia. This is a milder condition than osteoporosis, but alcoholism or habitual heavy drinking over time can cause calcium deficiency and the more severe bone thinning known as osteoporosis. Smoking, too, is a known risk factor for osteoporosis.

It seems counterintuitive, but excess weight—which is bad for your health in many ways—may actually make bones stronger, though research has been conflicting.
Just as exercise and moving muscle can build stronger bones, your body may respond to extra weight by laying down more bone minerals to support that weight.
There’s one problem—if you gain weight in your belly, this actually boosts your bone-thinning risk. Read on.

How can a spare tire hurt your bones? Research suggests that premenopausal women who carry extra fat in their midsection are at increased risk for osteoporosis. That’s because belly fat is different from the stuff that cushions your thighs or butt. “[Abdominal fat] is really bad fat and very metabolically active,” Dr. Cosman says. “It produces all kinds of hormones that can increase inflammation in the body, and the end result of inflammation is increased bone dissolution.”

There are many bone-strengthening medications on the market. But they’re not for everyone. Bisphosphonate drugs (Fosamax, Boniva, Actonel, Reclast) reduce fractures, but they can be tough on the stomach and have been linked in rare cases to fractures and serious jaw problems, Dr. Cosman says. (Dr. Cosman is a paid consultant for the makers of Fosamax and Reclast.) She recommends getting reevaluated after three to five years to make sure you still need the medication. Changing drugs or dosages are options. Low-risk patients can even stop the regimen, Dr. Cosman says, but they have to be monitored very closely.

Your dentist could diagnose you

Bone loss can strike anywhere in the body, and the jaw is not immune. If the jawbone deteriorates or loses density, the result may be loose (or lost) teeth, receding gums, or ill-fitting dentures.
Dentists can pick up on osteoporosis by checking your regular dental X-rays and watching for related health problems, according to the National Institute of Arthritis and Musculoskeletal and Skin Diseases.

Food can be good for bones, even sans calcium

Calcium-rich food is great for your bones. And even though milk is a good source, it’s certainly not the only one. Dr. Cosman recommends yogurt and cheese, fortified foods, and calcium-rich foods like almonds and green veggies. “Some highly fortified foods and drinks have as much—or more—calcium per serving as milk,” she says. Even fruits or vegetables without that much calcium can benefit bones (though research on this topic isn’t conclusive). Fruits and veggies might help buffer acids in the body, and high acid content isn’t good for bones, Dr. Cosman says.

Supplements may not be best

It’s a better bet to get calcium from your diet rather than supplements, says Dr. Cosman. The pills have been linked to kidney stones and studies suggest that heart attack risk is higher in older adults who take calcium than in those who do not.
A 2010 Institute of Medicine report suggested that most people in the U.S. are getting enough vitamin D and calcium in their diet without supplements.

Although breast and other cancers top most women’s health-worries list, osteoporosis-related fractures should also be a major concern. In fact, a woman’s risk for an osteoporosis-caused hip fracture is the same as her breast, ovarian, and uterine cancer risk combined. A broken hip, which is most common in people older than 65, can be a potentially life-changing or even life-threatening event, and may require surgery and long recovery times. Some never fully recover from a broken hip and have to use a walker or wheelchair.

The old saying that what doesn’t kill you makes you stronger isn’t true when it comes to broken bones. When a bone breaks, it doesn’t end up any stronger than before the trauma, Dr. Cosman says. But that’s not to say a broken wristbone won’t be back to fighting shape after recovery. “Even with osteoporosis fractures, the bone can be just as strong as before the break after it heals,” she says. “These fractures generally heal just as well.”

While anyone can develop osteoporosis, your risk is much higher if you are white or Asian. If you are black or Hispanic, your risk of developing the bone-thinning disorder is lower overall.
A survey found that between 13% and 18% of women older than 50 in the U.S. had osteoporosis in their hips, and that included about 20% of non-Hispanic white women, 5% of non-Hispanic black women, and 10% of Mexican-American women. Men have a lower risk of osteoporosis, but the risk is still higher in white and Asian men than in those with other ethnic backgrounds.

Fill out this questionnaire to see how your bone health stacks up!